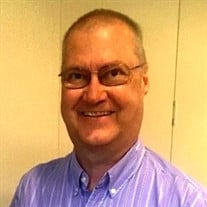 Barry Lee Faust, 62, of Orefield, passed away Thursday, September 19, 2019 at home. He was the husband of Cindy R. (Gross) Faust, with whom he shared over 41 years of marriage. Born in Allentown, he was the son of the late Richard W. “Sonny” and Mary M. (Zimmerman) Faust. He was a member of St. Paul’s U.C.C. In 1978, Barry graduated from the Allentown Police Academy and worked as a patrolman for the Kutztown P.D. from 1978-1982. From 1982-2007, he worked for the South Whitehall P.D. and retired as Lieutenant. He was a lifetime member of the Fraternal Order of Police Le-Hampton Lodge #35. He was an adjunct professor at DeSales University; Northampton Community College and Lehigh Carbon Community College. In August 2009, he completed his 1st Ironman Triathlon Louisville, KY and participated in 4 additional Ironmans and 16 half Ironman events. In 2015, he participated in the Ironman 70.3 World Championship in Austria and in 2019 he represented Team USA in the ITU AquaBike World Championship in Spain. In 2016, he joined Team BlueLine, where he championed for families of fallen officers and recently joined “Fxck Cancer” triathlon team. He was also a volunteer for Make-A-Wish, a member of Cetronia Ambulance Corp., a member of L.V. Road Runners Club and running buddy for Bradley through “I Run 4 Michael”. Survivors: wife Cindy R.; daughters Kelly, wife of Chad Boushell of Emmaus, Tiffany Faust and her companion Justin Snyder of Kempton; sisters Peggy, wife of Rick Karpeuk and Penny, both of Allentown, seven grandchildren. He was predeceased by a brother Jeffrey. Celebration of Life Services: 2:30 PM, Saturday, September 28 at St. Paul’s U.C.C., 1249 Trexlertown Rd., Trexlertown. Calling will begin at 1:00 PM. Contributions: In lieu of flowers, memorials can be made to Team Blue Line, to support families of law enforcement officers killed or seriously injured in the line of duty, or memorials can be made to the Andy Derr Foundation for Kidney Cancer Research c/o Schmoyer Funeral Home, PO Box 190, Breinigsville, 18031.

The family of Barry Lee Faust created this Life Tributes page to make it easy to share your memories.

Send flowers to the Faust family.