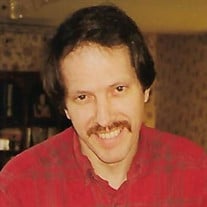 David R. Butz, 64, passed away Friday, February 26, 2021 at home surrounded by his family. Born March 27, 1956 in Allentown, he was the son of Mary E. (Ross) Butz and the late Richard H. Butz. Except for 4 ½ years he lived in Florida, but mostly he lived in PA. He went to East Penn School in East Texas and then to Emmaus High School, where he graduated from in 1974. He was active in sports, esp. little league, where he was the all-star pitcher. At the age of 14, he went to work for Brookside Country Club and there he began his career as a chef. He went to work for Hotel Bethlehem, where he worked as a chef for 18 years and later went to the Minsi Trail Inn for many years until the restaurant closed. His last chef position was for a private hospital in Limeport, PA. David was an avid fisherman and bow and arrow hunter. He made many trips to Alaska and New Mexico. He also did a lot of traveling with his parents and family to Bermuda, Mexico, Cayman Islands, Florida and many times Hilton Head, SC. His other hobbies were drawing, painting and gardening. He is survived by his mother Mary; brothers Richard (Jane), John (Kathy), Steve (Lynn), Michael (Molly); 8 nieces and nephews. Services will be private at the Schmoyer Funeral Home, Breinigsville. In lieu of flowers, memorials can be made to the Allentown Rescue Mission or Special Olympics Lehigh County, c/o the funeral home, PO Box 190, Breinigsville, 18031.

The family of David R. Butz created this Life Tributes page to make it easy to share your memories.

Send flowers to the Butz family.