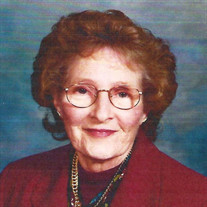 Mrs. Doris M. Fenner, age 92, of Breinigsville, Pa., went to be with the Lord on the evening of May 14, 2020, in Fountain Hill, Pa. She was the wife of the late Wallace Ray Fenner for 73 years until he passed away May 12, 2018. Born in Martin’s Creek , Pa, she was the daughter of the late Chester and Ethel Kaniper. She was a member of St Paul’s Lutheran Church, Breinigsville, Pa. , where she enjoyed being treasurer, attending financial meetings, being on the cemetery committee and volunteering for the children’s Bible school along with many other activities Through the years. Doris was a farmer from 1948-1959. She sold Life and health insurance from 1959-1962. Proprietor of the Breinigsville Hotel, 1971-1978. From 1962 to 1989 she held positions is several post offices and became Post Master at the Palm, Pa. Post Office. She was the first Vice President of NARFE. Doris was a Postmaster where she retired on July 3, 1989. After her retirement she decided to fulfill another dream. She became a General Contractor and remodeled a shed into a home and a barn into office units. Planned and supervised the construction of 10 new homes. She painted, did landscaping and anything else that needed to be done on the job site. Doris was a homemaker, a mother, a farmer, a postmaster and a businesswoman. She loved her family and everything she has accomplished during her full lifetime. Survivors: Sons: Ronald of Breinigsville, Robert and his wife Sherrie of New Tripoli, Daughters: Linda Fetter and her husband Richard of Tavares, Florida, Sherry Meck of Emmaus, 6 Grandchildren, 9 Great Grandchildren, 1 great, great grandson and Sisters-in-law Diane of Bangor and Alice of Wind Gap. Memorial Services will be held at a later date. Contributions can be made to the Macungie Memorial Ladies Auxiliary Post 9264 VFW, c/o Janet Hunt, 287 Lehigh Street, Macungie, 18062, Pennsylvania Wounded Warriors, Inc. 1117 Country Club Road Camp Hill, PA 17011 or to St. Paul’s Lutheran Church, 8227 Hamilton Boulevard Breinigsville, 18031.

The family of Doris M. Fenner created this Life Tributes page to make it easy to share your memories.

Send flowers to the Fenner family.