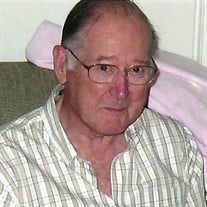 Marvin W. Schoch, 93, passed away Friday, July 24, 2020 in his home at Fellowship Community. He was the husband of Gloria F. (Derr) Smith Schoch, with whom he shared 47 years of marriage. He was predeceased by his former wife the late Martha (Chwastiak) Schoch. Born in Allentown, he was a son of the late Earl R. and Carrie (Butz) Schoch. He was a member of Solomon’s U.C.C., Macungie, where he was confirmed. Marvin owned and operated Macungie Printing Service from 1960 to 2002. He was formerly associated with Miers Printing Service and Metro Printing in Allentown and Progress Printing House, Macungie. He was a founding and charter member as well as past president of the Lower Lehigh Lions Club, a past zone chairman of PA Lions District 14K and a recipient of the Melvin Jones Award. He was a life member of Lions International. He was an officer and charter member of Macungie Memorial Post #9264 VFW and life member of the VFW of the United States. He was a life member and former officer of Macungie Fire Company #1. He was a trustee of the New Bally Savings and Loan Association. He was a former director of the Macungie Building and Loan Association. He was a former member and officer of the Macungie Ambulance Corps and Memorial Park Association. Marvin was drafted after high school and proudly served in the U.S. Army in Italy during WWII. Survivors: wife Gloria; daughter Judith A. Barron of Bethlehem; brother Robert of Emmaus; grandchildren Stacy Sommer and her husband, Timothy of Whitehall, and Andrew Barron and his girlfriend Cynthia of NYC; great-grandchildren, Gregory and Audra Sommer, Braelee and Matthew Barron and Ayden Baez. He was predeceased by a daughter Kathy Ann Schwartz in 2012 and a brother Earl H. M. Butz in 1944 while serving in the Army. Service: Calling Hour, 10:30 to 11:30 AM, Thursday, July 30 at Schmoyer Funeral Home, 8926 Brookdale Road, Breinigsville. Private services to follow. Burial with Military honors in Fairview Cemetery, Macungie. Masks are required. In lieu of flowers, a contribution may be made to the church memorial fund, 82 South Church St., Macungie, 18062 or Fellowship Community, 3000 Fellowship Dr., Whitehall, 18052. No flowers please.

Marvin W. Schoch, 93, passed away Friday, July 24, 2020 in his home at Fellowship Community. He was the husband of Gloria F. (Derr) Smith Schoch, with whom he shared 47 years of marriage. He was predeceased by his former wife the late Martha... View Obituary & Service Information

The family of Marvin W. Schoch created this Life Tributes page to make it easy to share your memories.

Send flowers to the Schoch family.