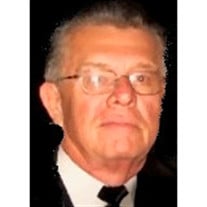 Robert A. \"Bobby\" Gilbert, 83 years of age and longtime resident of 3650 Brookside Drive, Macungie, PA 18062, passed away suddenly on Wednesday evening January 30, 2019 at 9:56 pm in the Emergency Dept. of the Lehigh Valley Hospital, Salisbury Twp., after being stricken at home. He was the husband of Dorothea M. (Helfrich) Gilbert for 54 years, married December 12, 1964. Born in Allentown on October 3, 1935 to the late Ray G. and Eva F.A. (Roth) Gilbert, he was a member of Solomon's UCC, Macungie. A 1955 graduate of Emmaus High School, he worked for Mack Trucks for over 33 years until retiring. He honorably served his Country with the US Army. Bobby was a member of Emmaus Lodge 792 F&AM, Lehigh Consistory, and 50 year member of Allen Beauceant Commandery #20 Knights Templar. He was a life member Emmaus Fire Co #2 and Macungie Fire Co. #1. He enjoyed his memberships in Wescosville Fire Company, Mystic Chain Park Assn., and was an avid lottery player. Surviving beside his wife Dorothea are daughter Amy L. Flynn and her husband Dennis; his pride and joy grandchildren Riley and Jacob; sister in law Jean L. Gilbert; brother in law Harold 'Sonny' Helfrich and his wife Mary; along with nieces, nephews and extended family; he was predeceased by his son Troy A. in 2017, sister Betty J. Hagenbuch and husband William, along with brothers Ray, and Richard with wife Betty. Services will be 3:00 pm Friday February 8, 2019 in the Schmoyer Funeral Home, 8926 Brookdale Road, Breinigsville PA 18031, with Rev. Frank Schaffer officiating. His viewing will begin at 1:30 pm with Masonic Services offered at 2:45 pm. Interment will follow in Solomon's UCC Cemetery, Macungie. Memorial contributions in memory of Bobby may be presented to the Macungie Ambulance Corps. PO Box 114, Macungie, PA 18062.

The family of Robert A. \"Bobby\" Gilbert created this Life Tributes page to make it easy to share your memories.

Robert A. \&quot;Bobby\&quot; Gilbert, 83 years of age and longtime resident...

Send flowers to the Gilbert family.